What is tick-borne encephalitis?

Tick-borne encephalitis (TBE) is a viral infectious disease from tick bites, involving the central nervous system. The disease most often manifests as meningitis, encephalitis, or meningoencephalitis.

How does it spread?

The virus is present in the tick’s saliva, which contains a natural anaesthetic, so you may not notice you have been bitten. It is important to check your body regularly for ticks when in risk areas.

Ticks live in forests, woods, grasslands, riverside meadows, marshes, brushwood and shrublands. They usually live in the undergrowth, where they can easily get onto the clothes or skin of passers-by. 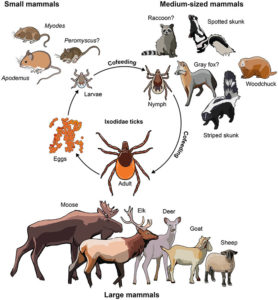 The initial symptoms of TBE usually occur 7–14 days after a tick bite. Two-thirds of people infected with TBE get these symptoms, while the other third will have no symptoms. Symptoms include:

The second phase of the disease starts with a sudden rise in temperature. The virus starts to affect your central nervous system (brain and spinal cord), which can result in:

– meningitis – inflammation of the membranes surrounding the brain and spinal cord, and /or

– encephalitis – inflammation of the brain

In the second stage of illness, children usually develop meningitis. Around one-third of people who experience second-stage symptoms will develop encephalitis. Adults over the age of 40 are particularly vulnerable to encephalitis. There is a higher risk of death in people over the age of 60.

Viral meningitis is not as serious as bacterial meningitis, which is life-threatening. But the viral form of the condition can still cause a range of unpleasant symptoms, including:

In severe cases of viral meningitis, symptoms can also include: feeling sick being sick aversion to bright light (photophobia)

Symptoms of encephalitis Encephalitis also usually begins with flu-like symptoms, such as a headache and generally feeling unwell. More serious symptoms follow over the space of a few hours or days. These include:

– changes in mental state, such as confusion drowsiness or disorientation

– uncharacteristic behaviour, such as being unusually aggressive

How is tick-borne encephalitis diagnosed?

If a doctor thinks you may have tick-borne encephalitis (TBE), they will ask about your symptoms, medical history, where you have been travelling and if you think you may have been bitten by a tick.

They will then test your blood for antibodies to the virus. Antibodies are proteins produced by your immune system to fight infection. If antibodies are found, you may need further tests to confirm the results.

How is it treated?

If you are infected with tick-borne encephalitis (TBE) and do not experience any symptoms, or only mild first-stage symptoms, you will usually get better without treatment. Ibuprofen or paracetamol can be taken to relieve any flu-like symptoms.

In cases of stage-two TBE, there is no specific medication used to treat the infection. If you develop a severe form of viral meningitis and /or encephalitis, you need to go to hospital where you will be given supportive treatments such as intravenous fluids, help with breathing and nursing care to support your body while you recover.

Around 1 in 8 people with a second-stage infection need to be admitted to an intensive care unit (ICU), where doctors will aim to: control any complications, such as seizures or dehydration prevent long-term complications such as memory loss or epilepsy

Where is tick-borne encephalitis common?

There are also two sub-types of TBE known as: Far Eastern – found in eastern Russia during spring and summer and in some countries in East Asia, particularly forested regions of China and Japan Siberian – found in Siberia.

You can also treat your clothes with insecticides such as permethrin.

Check your body for ticks regularly. Common places to find them are the hair line, behind the ears, elbows, backs of knees, the groin and armpits.

Avoid eating and drinking milk and unpasteurised dairy products in countries where there is a high risk of TBE. 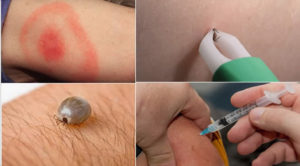